A belated but much enjoyed post-Christmas get-together for club members and their families. Delicious food, fun quiz, great company and entertainment from the Ware Ukulele band.

Twenty-four pickleballers took over Wodson Park for another successful American tournament, followed by pizza and a quiz. The winners were, from left, Nick (men’s winner) Karen (women’s winner) Nigel and Clare (runners-up). Well done to all those who took part and especially to Pam and David for organising

Members of the club got together on 11th December 2021 to enjoy some fun pickleball and skills games followed by a quiz and refreshments. Much fun was had by all and £360 was raised in aid of the Herts Disability Sports Foundation

We are very grateful for the many positive messages we have received regarding the tournament at Hatfield, and are glad that so many had an enjoyable day. Although the format was changed in response to lower than anticipated numbers it did seem to work and offered something a bit different.

The event was masterminded by David and Pam Stoten, and team captains Nicky Pomery (BaD) and Alan Speller (RRPC) were on hand to motivate and lead their respective teams.

When the results were counted, the scoreline of 44 to 14 with 6 draws in BaD’s favour led Steve Harris, the captain of RRPC, to say: “It has been a fantastic day, but clearly we need to go back to the drawing board.”

He added: “It was a pleasure to come to Ware and we have been treated to incredible hospitality from the team here. Huge congratulations on your win! We look forward to getting some revenge when you come to visit us in Berkshire later this year”.

All in all, a very good time was had by everyone.

BaD organised the 2020 Herts Pickleball Festival on March 14 and faced a tricky decision whether to cancel or proceed in view of the developing coronavirus situation at the time. The event was a big success, enjoyed by all attendees and turned out to be the last big UK Pickleball event of 2020.

Club members gathered at the end of November 2019 for some friendly competition in an “American” Tournament. This consisted of 5 rounds of mixed doubles and 5 rounds of gender doubles.
The random nature of the format produced some “interesting” pairings and lots of exciting play, enjoyed by all participants. Although fun was the primary aim, trophies were presented to the players who amassed the most points across the rounds. 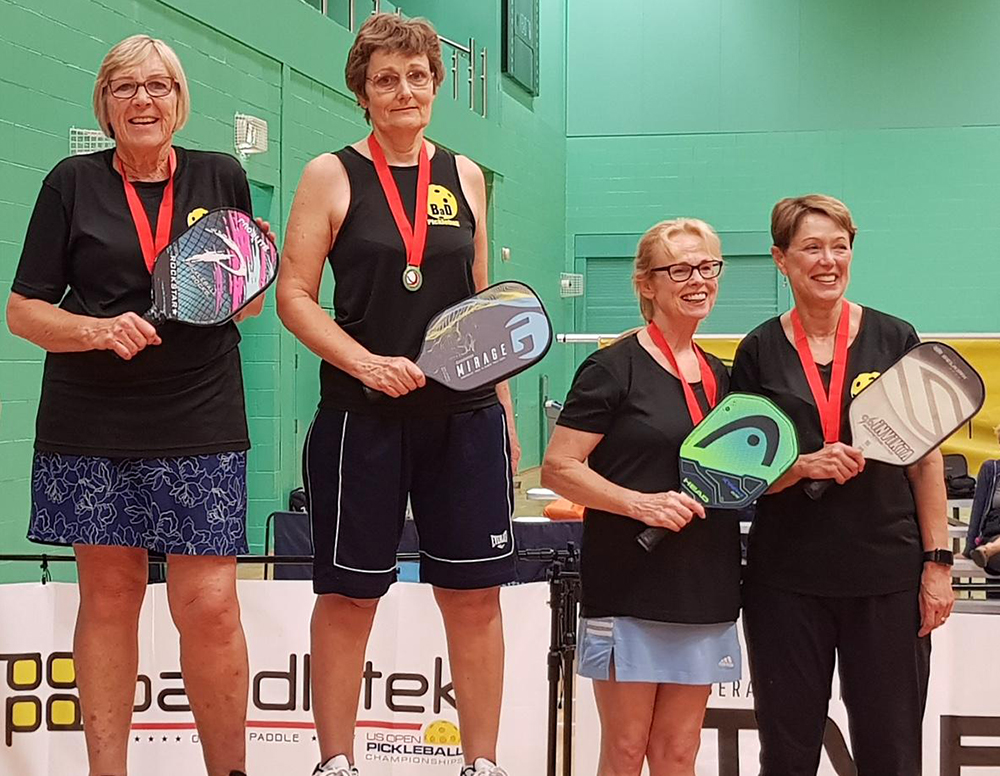 A team of 22 players from the club attended this fantastic event in Nottingham in 2019 – and came away with a clutch of medals, including golds!
The three-day event consisted of men’s and women’s singles, doubles and mixed doubles.
The winners included:

CONGRATULATIONS to all those who took part